Christianity is one of the leading religions in the world that has found the liberty to spread its teachings and evangelise across the face of the earth with one message only, the message of salvation. Salvation is the basis of Christianity, the central theme of our faith in Christ and the one reason God risked all to win us back in his loving arms. Salvation is more than the manifestation of God in the human flesh. Salvation is not a theory Christians conceptualise to compensate for fear of going to hell. No, salvation is far greater than that.

Salvation is ‘rescue from the power of sin,’ the greatest rescue mission; all of that because of sin. Sin is like cancer, gradual impact, and has a generally unpleasant outcome. Imagine a child born HIV negative, unfair right? Sadly that’s how sin infected us all. Sin is not something wrong we committed but instead, the nature we were born in and with. Sin is inside each one of us. Sin is like a genetic disease that is passed down generationally and involuntarily, already taken roots in human beings since the fall of Adam and Eve. Our wicked actions are just fruits of what is already rooted in us.

Then the love of God came and brought us the cure for this incurable disease called sin, and this cure did more than flowing through our spiritual blood vessels to cure the virus of sin. Apostle Paul, the genius of the New Testament, reveals in many of his epistles that the blood of Jesus and his death cured us from the power of sin, it saved us from the impact of this incurable disease called sin. Paul’s intelligible effort to describe the importance of Jesus to people through his letters is what sets him apart from every other genius history has seen; Paul was rich in creativity when it mattered to utilise ranges of images to illustrate the significance of salvation.

Of course, to understand the significance of sin, we first need to learn about the impact and the consequence of sin. Therefore, if the impact of sin cut us out of the family, salvation brought adoption, and now we are adopted back into the family. For those who have sinned and guilty of their sinful actions and now carrying labels of shame, through salvation they have been justified, just as if they never sinned before and found not guilty. Finally, salvation also brought redemption to buy back those of us who were slaves under the captivity of the power of sin; a release from the jail of sin only Christ could get us out of.

Now if any of the above have no significance, then we have ourselves a clear explanation for a reason why salvation is not significant to certain people. We can’t give a cure to someone who does not know they need it, medication is prescribed for someone who is sick and in need of healing. Christ replied to his critics, and I quote: “It is not the healthy who need a doctor, but the sick” Christ came to save us dying from sin. Sin is a disease and its power torments, gradually killing humanity, sucking the life out of humanity like cancer sucks blood and its outcome is eternal torture for all those it has taken captive. Those of us who have accepted salvation, have done so because we are cognisant of how sick we are with sin. Salvation will not make sense or be of any significance to those who believe there is nothing wrong with them. It’s like giving medication to a healthy person.

How many times have we Christians made a fool of ourselves persuading non-believers to believe in the gospel, We labour endlessly to spread this good news. Our preachers preach day and night, more sermons, more conferences, more missionaries and missions, more articles, more books, more blogs to spread the gospel and yet sometimes it feels as if the world isn’t getting any better. Pastors portrayed as circus clowns and evangelists as salespeople, the question is, how do we get the gospel in the hearts of people authentically?

The Christian community as a whole should stop forcing the gospel on people but instead give people a reason why they need salvation. Tell them why they need this cure. Christians should start openly telling humanity how it is. Christians should stop compromising, reframing and twisting the gospel. We need to tell people the truth; only the truth about our illness and its cure will set us free. Logically, when people know how ill they are, they will seek for a cure. Humanity will ever seek after salvation only until she realises how sick she is. So fellow Christians we need to go all in, tell it like it is, black and white like no other shades exist. Remember there is a dying world with an everlasting epidemy only curable by the blood of Jesus Christ.

My name is Marc Bope, from Australia. I am a Christ follower. This site is my platform to share some: - Insights - Discoveries - Inspiration with the world. I want the contents of this platform to inspire, encourage, give you hope and motivate you. Instagram: @marcbope View all posts by Marc Bope

This site uses Akismet to reduce spam. Learn how your comment data is processed. 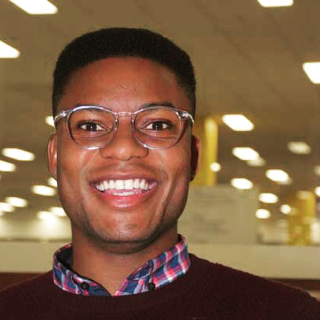 My name is Marc Bope, from Australia. I am a Christ follower. This site is my platform to share some: - Insights - Discoveries - Inspiration with the world. I want the contents of this platform to inspire, encourage, give you hope and motivate you. Instagram: @marcbope